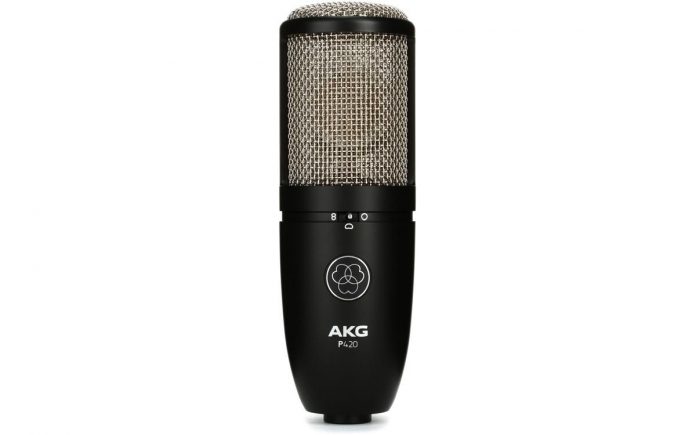 A few years ago I was talking to a band about making a record. Things were progressing, we’d just done a single at London Bridge and were doing preproduction for an album, but as bands are wont to do, they came to me with a strange request that took me down a wonderful engineering rabbit hole. They wanted to record in the middle of the woods.

Now, one piece of advice that I’ve heard from multiple people is “Say ‘yes’ to everything,” which I’ll probably write an article about, because it’s problematic, but when it comes to what an artist wants for their record (yes, their), it’s best to do what you can to accommodate them. If I couldn’t make it work, then I couldn’t make it work, but I’m not going to flat out give up before trying, even if I like the comfort of a recording studio close to food and with actual bathrooms.

I already had a field recorder, and they were planning a trip to the woods already, so I decided to run a test. While I had to figure out how to handle the tech, I still needed to make sure that the creative aspect would actually work. What was the ambience like? How would I mic things? Was there too much unwanted noise? All questions to answer before we go away for the weekend (not that I’d imagine they’d mind going camping regardless). So, I tagged along. My field recorder is a Zoom, with the standard XY SDCs, but it also has two XLR inputs, and can do all four tracks at once, so all I needed was a pair of microphones to fill out my options.

I had a few criteria for these microphones that I knew I needed to fill. I wanted multi-pattern mics, since I had a hunch an omni pattern would sound cool and capture the unique ambience of a bunch of trees; it had to be rugged as I didn’t want them to break in a stiff breeze (or if knocked over by said breeze); and it needed to be cheap. Because if they did break, I didn’t want to be out a ton. After doing some research of the offerings of the usual brands, I settled on the AKG P420s. They have the main three polar patterns: cardioid, figure 8, and omni, and most importantly, they’re cheap. Less than $200 a piece. Perfect! I ordered a pair. The microphones have their own flight cases, which is nice, and of course shockmounts (also nice). They look splendid, with a large silver grille and sleek black body, and they are HEAVY. While I haven’t opened them up to peek inside, I’m guessing it’s the result of extra weight in the body. They’re noticeable heavier than other condensers of their size. Some companies add extra weight to their products to convey a sense of quality. Maybe these have extra weight because it helps protect the electronics, though it also adds force if the mics do fall over (which mics are wont to do), so I dunno. Cheap stands will droop with these, which makes stuff like mid-side (bleh!) and Blumlein (yay!) difficult.

About 15-16 of us went out into the woods for a rainy overnight camping trip. I’d ridden down with some friends in a rusted out old van with bad breaks, passing around a pipe and listening to Fleetwood Mac like it was the 70s. When we arrived the previous campers had left up a circular canvas shelter they’d used for a wedding, so those with tents set up in various places around the large fire pit. I staked out a couch in the loft of a barn that’s used for porn shoots. That night we had a potluck and built a fire. A big fire. Night falls and we all find places around the fire and take up different jobs. A couple guys started chopping wood and keeping the fire going. One guy took on the job of sharpening the axes to keep the chopping going smoothly. A couple of the girls started singing, some were dancing around the fire, some were drawing sigils and sending them burning up into the air. I stood there and listened. The sharpening and chopping to my right, the fire and singing to the center, the dancing moving from left to right, left to right. I’d sneakily set up my field recorder and got a good hour of so of this. It felt like how people are supposed to live. A small group, big enough for everybody to take on a role, fill in the needed roles (even art), and support each other, protected against the dark by the canvas and the fire.

The next day was the day for our ritual. It had stopped raining, kind of, and so we had enough dry to risk the electronics. I’d found a good clearing (with a stage) to do our main ritual, and a stump to use for an altar and resting place for the field recorder too! The P420s I used as distance mics. I set them up roughly as far away from each other as I could, nestled amongst the trees, set to omni (of course). The idea was that the ritual participants would come in through the left, do the ritual in front of the field recorder, and exit to the right. This brought them past both P420s, and gave us a nice natural fade as they moved farther away.

As far as the omni went, I was kind of disappointed. There’s a nearby stream, and road, and while we were lucky enough to avoid a lot of traffic noise, it still was far louder than if I’d just gone cardioid, and I’d probably have gotten the same stereo effect. The thing was, I couldn’t really listen back and make the decision, as the others didn’t even want to do this more than once. They were there for the woods. I convinced them to do two takes, since you always need to record more than one take, but left the mics on omni. It made mixing a process of accepting what I couldn’t change, but I’m still happy with the results. It was nice and spooky, and a good learning experience for when we went back into the woods to record the album. I got a sense for what worked and what didn’t, and was able to utilize my polar patterns to their fullest, with Blumleins galore! I wish I could link you to the ritual, but that’s only available if you buy a download of the full album off bandcamp, which you can get here. It’s very spooky. I’ll do an article about recording that one eventually.

So how do these things sound? Well, being from AKG, they definitely sound 414ish, though you can also hear the low price, especially in the high end, which is muted and weedy, with a sharpness that sounds like they’re compensating to add hype (yuck) and do that thing that cheap mics do where they trick you into thinking it sounds better by making it brighter. They’re brighter than the 414s, and not in a way that improves the sound. Still, cheap multi-pattern mics are worth looking into if for the fact that they are multi-pattern alone. After the woods record I’ve ended up using them as extra room mics (since, if you don’t know yet, I love putting up a lot of room mics). My go to for them is a Blumlein pair (yay!) in the corner of a stairwell. Why? Because it sounds awesome! Why would I not mic up a stairwell? And since it’s not the core of my sound, but rather a fun color I get to add, it doesn’t really matter that the high end isn’t where I want it to be. Especially since I can just roll it off to preserve the sense of distance while creating space for the overheads. Plus, even with the lower sonic quality, they still have a full range frequency response and don’t sound bad, just cheap, so if you’re looking for a pair of multi-pattern mics, these will be useful on pretty much everything (except maybe vocals). If you can afford more expensive mics, even $100 more expensive, go for them. But if you’re after something disposable, or as your first foray into the wonderful world of Blumlein (and other) multi-pattern mic techniques, you won’t go wrong with these. Or right. I don’t know. They’re disposable multi-pattern mics! Do something crazy with them! Something that might break them! They’re heavy enough to take it.

Lilian Blair is a producer, engineer, and audio educator in the Seattle area. She specializes in studio recording, mixing, and helping artist achieve their musical dreams.