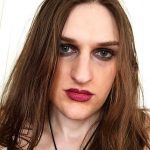 Hi all! Let's start things off with something fun. What's your dream piece of gear? That one thing you're drooling over, watching every video about on youtube, trying to figure out how to justify the costs. We've all got one. Maybe we all might even get ours some day! So anyway, I'll go first.

My pieces of dream gear is the Tegeler Crème stereo bus compressor and equalizer. Look at how pretty this thing is!

It's an SSL style bus compressor with a Pultec style high and low shelf EQ. The sound absolutely lives up to its name, with the compressor lacking the obnoxious aggressiveness that makes me not actually like SSLs, despite liking VCA compressors. Oh, and if you get the expensive version, it's DAW controllable, and the knobs can move on their own!

So, yeah, I want one to finish out my mixing setup. Is it the top priority? No. That's a new computer (once those stupid Ryzen 5950x processors get back in stock). Is it second or third or even fourth priority? Probably not. But one of these days, maybe when it's on sale so I don't have to depreciate, it will be mine.

Ok, who's next? What's your dream piece of gear?

My dream gear is actually not pro audio, but music related. Once, many years ago, I played a 5-string fretless Tobias bass in a music shop and it was such a beautiful experience. So smooth, so warm. It was sold by the time I had a chance to visit. I still think about it!

My dream gear is actually not pro audio, but music related. Once, many years ago, I played a 5-string fretless Tobias bass in a music shop and it was such a beautiful experience. So smooth, so warm. It was sold by the time I had a chance to visit. I still think about it!

Ooo, that does sound delightful. And we're here to talk about all gear 🙂

OK, so, I've been watching videos about Manley Labs after reading about owner EveAnna Manley and her amazing journey through audio...

I watched a video about recording drums the Glyn Johns way with this thing and I was blown away. Granted, drum legend Kenny Aronoff was part of the demo, but still! I can dream. As a drummer, with a DIY set-up, and limited mics at home, this sound was just gorgeous.

Holy smokes, though, it's about $2500, so I don't think it's in the realm of possibility for me... yet. One day, I will actually save the money I use on DoorDash and GoPuff and use it on gear!

Anywho, about the Force:

The Manley Force Quad Mic Preamp uses a topology based on Manley's CORE mic pre section. It sports the same input level control and switch arrangement (minus one mic/line input). It also borrows the CORE's mic input transformer and 12AX7 vacuum tube gain stage. The main technical difference between the two units is the MOSFET White Follower, new to Manley. It also employs the same Entrodev switched mode PSU as the CORE.

The Force will be with me.

If you're wondering about the CORE:

Basically, you get the quality of the Manley VoxBox (which I also now need; has anyone used the UA plugin based on the VoxBox?) at a reasonable (kind of) price.

The VOXBOX shares its fully featured microphone preamplifier design with Manley’s acclaimed Mono Microphone Preamplifier, offering generous headroom and Class A vacuum tube tone. The compressor section is a blend of Manley’s best-selling Variable MU and the opto-design of their ELOP. All of these features, in addition to a flexible Pultec-style mid-frequency Equalizer (@lilian) , de-esser/limiter section, and Stereo Link function.

...whelp, that was a rabbit hole and now I need everything.

Also, how do you embed an image?

Also, how do you embed an image?

Copy and paste it into the message text.

@potteraudio Oooo! My husband plays a fretless bass and I always sneak it for myself 🤣 I love the feel of it - I'm not anywhere near a "bass player," but I do enjoy to slap it around sometimes.

ReplyQuote
All forum topics
Next Topic